Not even a week after the tragic Pittsburgh synagogue shooting that claimed 11 lives, the faith-based community and other gathering places have found themselves left with an almost unfathomable, but inevitably relevant question: “what if a shooting happens here next?”

Subsequently, some areas of the country have observed an uptick in calls for increased religious security, which is warranted in the immediate aftermath of last week’s tragedy. This process is the latest in an unfortunately common phenomenon across our country’s public outlets and institutions; an act of mass violence exploits a weakness or loophole in a major establishment (be it a church, school, movie theatre, or concert venue), and suddenly the culture and overall protocol of that establishment must change forever. 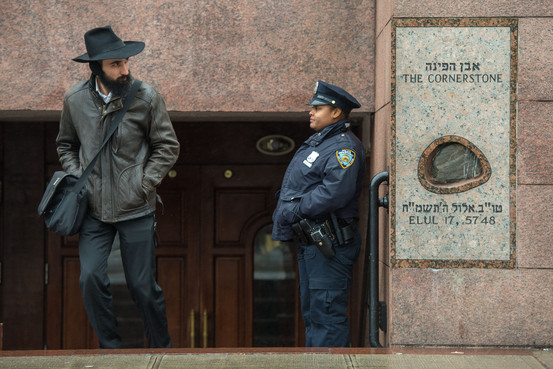 In the case of the Pittsburgh shooting, religious sanctuaries are now faced with a reality in where institutions that are commonly regarded as synonymous with sanctity and peace, are being forced to consider their collective defensive posture. More notably, this instance presents a horrible example of “keeping up with the Joneses” in where Synagogues and Jewish Community Centers in cities like New York, Los Angeles, DC and even suburban Cherry Hill, NJ have had partnerships with local police departments and armed security services to protect services and gatherings for decades. On a national level, the Jewish community has created cutting-edge partnerships through the Secure Communities Networks, Anti-Defamation League and law enforcement partnerships with local Jewish Federations to react to ongoing threats of terrorism and hate crimes.

The fact that the measures deployed in other regions were not in place in such a notable a Temple as the Tree of Life raises questions on the deployment of security best practices and standards for the faith-based community across regional and religious boundaries.  Once seen as an unheard of concept, violent attacks at Jewish, Sikh, Christian and other houses of worship should be forcing congregations and parishes to examine concepts like entree vetting, armed security deployment, heightened security protocols and construction improvements that employ Crime Prevention Through Environmental Design (CPTED); are suddenly not so outlandish. This change in infrastructure reflects the ways that we, as a nation, must evolve our thinking to address the ambiguity and nefarious cunning of potential future attacks; it is a burden that is unfair, yet imperative.

However, as is the norm these days with mass shootings, a typical list of broad wedge issues have been

brought back into the light as we scramble for answers on how to prevent similar attacks in the future. While it may be too early to accurately assess which protocols will best fit the unique layout of your local house of worship, the issue, moving forward, must instead boil down to a blend of taking security responsibility and the appropriate level of potential threat detection — just like similar tragedies that have taken place in the last few years. Put simply, the standard of care has changed to include effective security and your congregation may be found liable for ignoring trend and threat intelligence and neglecting to provide effective security during services.

For now, though, one objective and sobering notion persists: violence of this nature can theoretically occur almost anywhere, and as long as this remains the case, we will not be safe until we accept that threats exist, plan appropriately, shut out digressions, properly prioritize effective solutions based on facts, and collectively embrace preventative foresight. Otherwise, we will continue to risk the wellbeing of other social and professional establishments nationwide.

If you would like to evaluate the security and safety of your religious community, workplace, school or home; feel free to contact Mannes & Associates for a consultation.

A. Benjamin Mannes, MA, CPP, CESP is a nationally-recognized subject matter expert in public safety and investigations. He is the Principal Consultant for Mannes & Associates and has served on academic advisory boards for Pierce College and St. John’s University; as well as serving for six years on the Executive Board of InfraGard, the FBI-coordinated public-private partnership for critical infrastructure protection. He is the former Director, Office of Investigations for the American Board of Internal Medicine and served in both federal and municipal law enforcement.